A place to read things I write
Leave a comment

Advent Alphabet: Z is for Zoroastrian

Posted by Darrow on December 23, 2016 in Uncategorized

Z is for Zoroastrian. Do know this word? Some scholars suggest the Magi who appear in Matthew’s Gospel as visitors to Jesus were Zoroastrian priests. The word Magi derives from an Old Persian word “magus”, an occupational title for members of the priestly caste of the Zoroastrian religion. The Zoroastrians were interested in the stars, and had a highly developed “science” of astrology. Their reputation as astrologers led to the term Magi being used in connection with the occult, and this led to the development of the English word “magic”.

The Zoroastrian religion survives to this day. While it was once the dominant religious force in Iran, now it survives there only in an underground fashion, because of the radical Islamic fundamentalism that considers it to be a heretical religion.

The largest number of Zoroastrians are found in India and Pakistan. In India they are called “Parsis”.

Historians of religion credit Zoroastrianism as one of the oldest to have a credal basis- meaning that it has written statements of belief. The religion was founded by the prophet Zoroaster, also called Zarathustra, who codified religious ideas and practices that already existed, and added to them his own world-view. Zoroastrianism is one of the earliest “monotheistic” faiths, meaning they recognize only one God. Zoroaster is typically depicted as dressed in white, in garb that is very much like what modern Zoroastrian priests wear. His poetic writings form the basis of the religion, and its liturgy (prayer and ritual for worship). 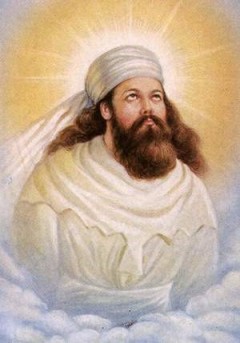 Zoroastrianism had a powerful influence on the development of the world’s major monotheistic religions, Judaism, Christianity, and Islam (often called the Abrahamic faiths because they all trace their histories back to Abraham).

-there is one God, called Ahura Mazda, the one Uncreated Creator

-there is a conflict in the universe between order and chaos, and humanity has a role to play

-the religion teaches the equality of all, regardless of race, sex or social position

-Zoroastrians are urged to preserve and protect the environment

-Zoroastrian religion teaches that fire and water are to be used for ceremonies in which a person is made ritually clean. Prayer takes place in the presence of some form of fire, which is considered to be evident in any source of light.

There are active Zoroastrian faith communities in Canada, the largest being in Toronto and Vancouver. The Zoroastrian Society of Ontario is based at its community centre on Bayview Avenue, and is an active participant in Mosaic Interfaith, which is a group that promotes peace and religious tolerance.

The Advent Alphabet has  been a ministry offering from Rev. Darrow Woods of Trinity United Church, Oakville.