I never asked her if it was part of a secret plan. On the late August afternoon I arrived to check out a home in the suburbs of Saskatoon where I might be able to board, during my first year of seminary.

Mrs. Poettker had been baking bread. I knocked on the front door. Three little blond-haired kids tumbled toward the screen door, pushed it open, surrounded me, and pulled me in the house.

The kids asked, “Do you like cats?” and “Do you know Joe, he lived here last year.”

“Are you really going to be a minister? Daddy says ministers are okay, but they never get their hands dirty?’

“Are your hands clean?”

“You’ll have to wash your hands, we’re going to have bread and jam.”

And we did. Mrs. Poettker shushed the kids, two little boys, and their slightly bossy big sister and sent them to wash their hands, and then sat me down at the kitchen table. She’d been slicing a loaf of home-made bread, and laying out plates, and little pots of jam, and butter. 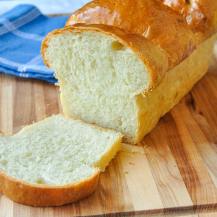 There is still almost nothing I like better, even at this stage of life where I am reminded to watch my intake of carbs. White bread, sliced thick, warm out of the oven, slathered with salted butter and jam, is one of my favourite things to eat. (I have a lot of favourites!)

That day there was home-made strawberry jam, and saskatoon jam. Not blueberry. Hand-picked saskatoons from the family farm. I knew I was going to say yes to boarding there, if they’d have me, even before I saw my room in the basement.

That was a decision made with strong input from my stomach. In this case, it was a great decision, one that I never had a reason to regret. The welcome from the kids, as well as the smell, and the taste of bread fresh out of the oven had told me all I needed to know.

Gluttony is defined simply as over-indulgence, usually of food. It is thought to be particularly sinful if my excessive desire for food causes others to go hungry. That is something our whole culture needs to examine. How much food goes to waste in our part of the world, while many go hungry? How often do we eat more than we actually need? Do we consider the needs of others, and the impact on our world, economically, ecologically, of the food we consume, and often over-consume?

Gregory the Great, who was the Pope for 14 years beginning in the year 590, prepared a list of particular aspects of gluttony. He included eating ahead of meal-time, just for the taste, and seeking delicacies and a better quality of food, again, just for the taste. He pointed to seeking to stimulate the palate with elaborately prepared foods with luxurious sauces and seasonings. Not surprisingly, he also listed eating more than we need. More intriguing was the inclusion of a warning against eating with too much eagerness, even if the food is plain and simple, because it might indicate an attachment to the pleasure of eating, rather than to the necessary nourishment.

I can only guess what Pope Gregory would have thought of Mrs. Poettker’s bread, butter and jam.

Gluttony is on the list of the “Seven Deadly Sins”, part of the heritage of Classical Christianity.

The others are Pride, Envy, Greed, Lust, Sloth, and Wrath.

Each of these can be considered as a distortion, or disorientation of love.

We can each do our own moral inventory to note whether we have been prideful or envious or greedy, lustful, lazy, angry, or gluttonous. But then what? Where do go from there?

The list of sins emerged from a group of teachers, who lived in the 3rd and 4th centuries after the earthly life of Jesus- so fairly early in the history of the Christian movement. These teachers were amongst the first Christian monks, men and women of prayer who went out into the wilderness, a desert in Egypt, where they lived in solitude. They were ascetics, which meant they worked to strip away all the excesses and extras of life, to devote themselves to prayer, studying scripture, and growing closer to God.

Not long after these hermits, both men and women, established themselves in the desert, other spiritual pilgrims began to travel out to see them, seeking instruction on how to live the spiritual life.

Those who came out to the desert to simplify their lives, found pretty quickly, that they could leave behind the externals, the things around them- they could trade their homes and possessions and familiar surroundings, for a mat on the hard floor of a cave, or simple monk’s cell, but their insides- their thoughts and feelings and way of seeing the world, and interacting with it had remained. They were the same people, just in a different place.

Once the novelty of the new place wore off, they would find themselves alone in the cave, with themselves.

As the title character Buckaroo Banzai said, in a very obscure movie that I love, from 1984, “No matter where you go, there you are.”

The desert monks, with the wisdom that came from years of prayer and study and contemplation, realized that how we see the world, or basic attitude, or perspective, makes all the difference.

The desert mothers and fathers taught those who came to them for wisdom, to look within themselves, and pay attention to what they found, both the positive, and the negative. To know and love ourselves is to accept the parts we are proud of, and the parts we would rather not admit to having.

The 7 deadly sins, or inclinations, are tendencies we all have, that are worth watching for. If we notice that one or more of them is rising up within us, claiming our mood, our attention, we then have the opportunity to deal with it. Rather than saying to ourselves, oh, I should not be feeling this way, it’s a sin, perhaps we could ask ourselves, why do I feel this way?

If I recognize that I am envious of the success of another person, I can look at that. What does it mean? What’s underneath it? Do I wish I was as successful as my neighbour? Why? Is it because I require more money? Or do I wish to be noticed and praised? Why would I need that? Am I feeling insecure?

If I am gluttonous, always grasping for more food, what does that tell me, about myself?

The desert teachers would suggest that our gluttony may be a sign, a symptom telling us we need to learn, or re-learn to trust in the providence of God.

If we were out in the desert, in the 4th century, trying to deal with gluttony, one of the teachers might prescribe a period of fasting. This would be a time of interruption to our regular eating routine. We might live on bread and water, or just water, for a period of time.

Ancient Christianity built the idea of fasting into the calendar of the church year, with the 40 day period of Lent, before Easter. Sadly, the emphasis was put on the “giving up” part, and not so much on the re-boot, or re-orienting as the deeper purpose.

Have you ever undertaken a spiritual fast? For most people, after a day or two, the physical sensation of hunger subsides. They are freed up from thinking, or over-thinking about their next meal, about the taste of one special food or another, because they have committed to living for a time, without food. Unless a person has particular medical issues, the majority of us can actually go for weeks or days without eating.

For some people, the period of a fast provides a time to look more deeply into themselves, and maybe get a sense of what is the spiritual hole they were trying to fill with the second sandwich, or the taste of pudding.

At the end of fast, especially if it has been a few days, it may be very important to pay attention to what may be the first thing you eat, the breakfast, or break-fast food. It should be nutritious, but not overly rich and heavy.

The first taste, chew, swallow can be surprisingly pleasing, and cause a deep sense of gratitude to arise within, along with the heightened awareness of our deep dependence upon God for all that we really need to live. Amen