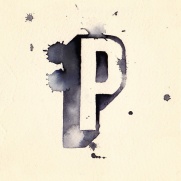 P is for Palestine. That’s the name the Romans used to refer to a geographical area between the Mediterranean Sea, and the Jordan River, that included Judea (the land of the Jews), and Samaria (home of the famous Good Samaritan), and Galilee, the area that includes Nazareth, the town where Jesus grew up. The name Palestine may have its origins with the Philistine people (Remember David and Goliath? Goliath was a Philistine.)

The biblical account of the settling of this land (also called Canaan) by descendants of former slaves who escaped Egypt in search of a Promised Land takes up considerable space in the Old Testament. It also provides the cultural and mythic matrix for Jewish identity, and by extension, the Christian understanding of what it means to be God’s people. One of the most powerful elements has been the quest for freedom- political, economic, religious freedom.

For much of recorded history , Palestine has been subject to one form of domination or another. The Persian Empire, the Hellenistic Empire of Alexander the Great, the Hasmonean Dynasty (a short-lived period of home-grown Jewish rule), the Roman Empire, the Byzantine Empire under Constantine, several Islamic dynasties, the Crusaders, Egyptian rule, the Ottoman Empire, the “British Mandate”, United Nations administration, and finally the partitioning of the land to create the modern state of Israel. Is there another area of the world whose very name can summon up such strong feelings and controversy?

The religions of the three great “peoples of the Book” grew out of this fertile area. Judaism, Christianity and Islam all look upon this area as “Holy Land”. It is this same Holy Land that has been the location, and the object of so much human conflict and war over the centuries.

This is the area into which Jesus was born. A place where ordinary people have always longed for a lasting peace, a peace that has so far eluded them. A place that has inspired devotion, and deep faith, and prayer, and which continues to frustrate and confuse people all over the world. A place of incredible beauty, rich history, and also terrible hardship and pain.

It makes sense to me that religious ideas that were born in this place, and spoke to the human condition there, would resonate with people in other places that have known strife, and in places where people have been on the quest for freedom.

The Advent Alphabet is a ministry offering from Rev. Darrow Woods, pastor at the United Church in Harrow, Ontario. Each day in Advent, a different letter of the English Alphabet will be a jumping off place for a reflection. These reflections will be sent out via email to those who have asked to be on the mailing list, and will also be posted to Rev. Darrow’s Facebook page.