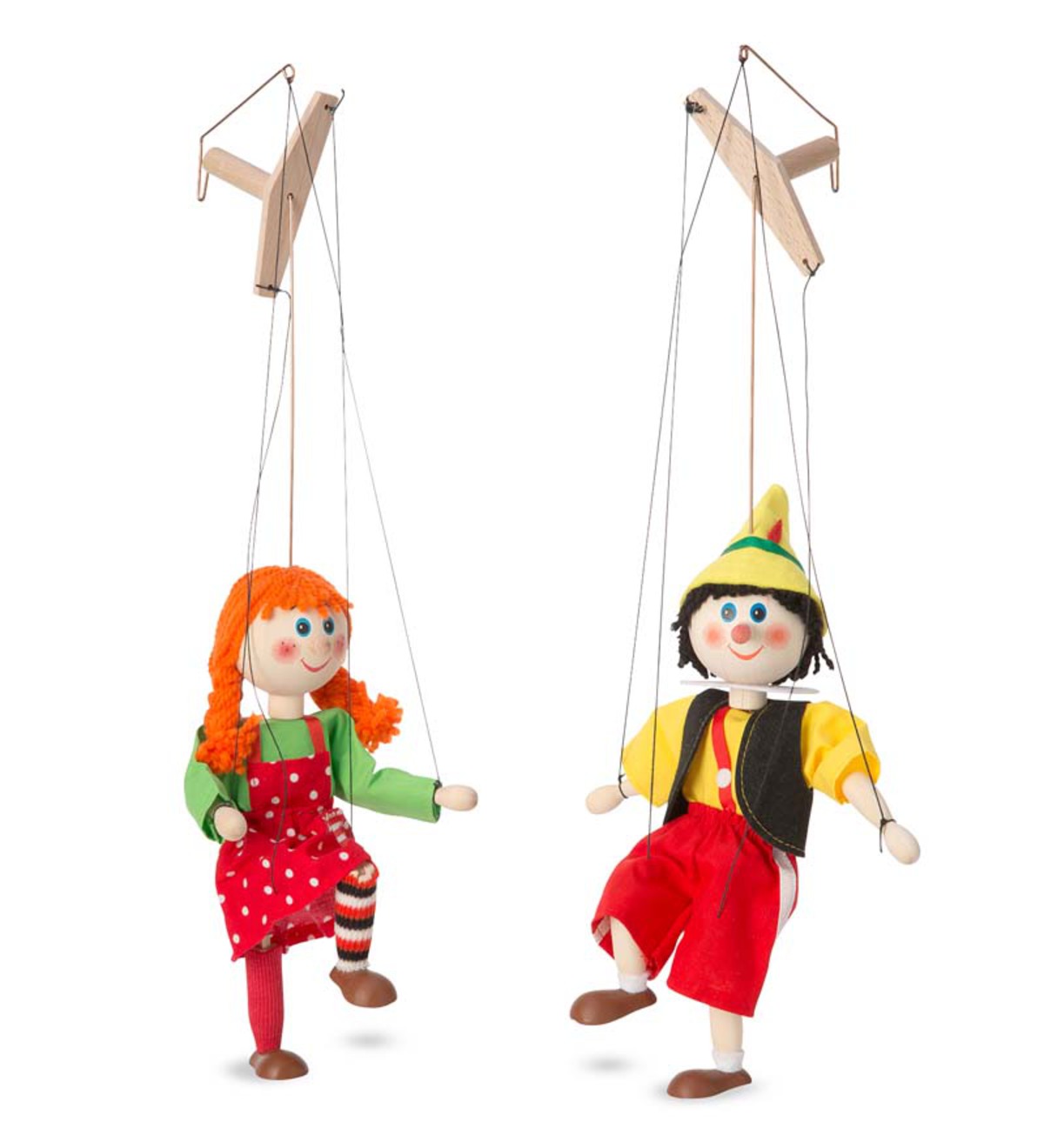 This week’s learning time was another in the series on lines from the Lord’s Prayer: “lead us not into temptation…”

Here is the link to the YouTube video of the service:

Here is the script of the learning time, and a teaching time about the spiritual practice of Examen.

As we travel through the bad and good,

keep us travelling the way we should;

where we see no way to go

you’ll be telling us the way, we know:

And it’s from the old we travel to the new;

keep us travelling along with you.

(adapted from Verse 3,  Voices United  639 One More Step Along the World I Go)

Learning Time: “Lead us not into temptation”

Last spring, Pope Francis made headlines when he approved a change to the wording of the Lord’s Prayer, as it appears in the Catholic church’s official liturgy books. “lead us not into tempation,” became “do not let us fall into temptation.” The United Church has not adapted that change, but we do occasionally use different versions of the Lord’s Prayer.

Whether or not we change the words, temptation is something worth praying about.

According to Wikipedia, temptation “is a desire to engage in short-term urges for enjoyment that threatens long-term goals. In the context of some religions, temptation is the inclination to sin. Temptation also describes the coaxing or inducing a person into committing such an act… “

The old version of the Lord’s Prayer asked God to not lead us towards these bad decisions, that may result in short-term satisfaction, but have long term negative consequences. I may be tempted to eat the second piece of pie, but I will carry the burden of that choice. I may be tempted to cheat on my spouse, but any short-term excitement or pleasure won’t be worth the pain and damage it would cause, to the people I love.

The Pope’s concern was that the words in the prayer suggest that this is something God does to humans- leads us off the good path, and into trouble. I have wondered about that myself. What do you think? Is God a Trickster? Does God deliberately set up situations to tempt us, make us choose?

Critics of the Pope’s changes to the prayer point to parts of  the Bible that suggest that God either does tempt us, or allows such tests to happen. They talk about Job.

Ever read the Book of Job? I would have Eleanor read it for us this morning, but COVID might be over before she finished. It’s 42 chapters. This long story gets rolling, when Satan, or the Devil, actually tempts God, saying something like, “Yeah, so your guy Job seems to be faithful, but look at his life! He’s got it all. Wife, kids, servants, riches, land, livestock. He’s living the good life. How hard is it for him to be faithful while he’s living in heaven on earth, happy as a pig in whatever makes pigs happy?”

God and Satan enter into a wager. Will Job still be faithful, if all hell breaks loose in his life?

In short order, Job learns all his livestock have been killed or stolen. His family dies, his crops fail, his servants abandon him. When none of this seems to make him turn from his faith in God, Satan afflicts him with sores, all over his body. Job spends his days sitting under a tree, scraping at his sores with the broken shards of a clay pot.

Job is further afflicted, by three friends who come to offer comfort him, but actually spend their time debating with him. They are baffled that even though Job suffers, and cries out, he never loses faith. In the words of the story, he never curses God. That seems to be Ancient World talk for saying, God, if this is what you have for me, I am done with you. Job never does that.

We aren’t exactly like Job, sitting under a tree, scraping at our sores, but we are waiting for the pandemic to be over. We are experiencing hardship, and loss, and grief, and lot of inconvenience. We also know a lot of folks have it worse than us. Businesses have closed, and failed, because of the pandemic. Travel is restricted, and we can’t visit people the way we would like. Mental health is suffering. People are tempted to do desperate, self-destructive things.

All these setbacks could be seen as temptations- thrown in our path to test us, test our faith, to see if as Satan expected to be true about Job, our faith is conditional on things going our way.

The Pope said that when he succumbs to temptation, it is because of his human tendency to fall. It’s not because God pushed him over the edge.

Biblical scholars, at least the ones I favour, look at the Book of Job as a sacred story, that encourages deep thought about our human situation, but not as an historical record about the adventures of an actual person named Job.

Job’s story can be read in the way some folks watch horror movies- to have the vicarious experience, to go through the feelings and thoughts we would have if the actual crap hit the actual fan, but with the comfort of knowing it’s not really happening to us. We can engage in the story as a way of asking ourselves- would I still be faithful, would I still trust God, and place my life and future in God’s hands, if what happened to Job happened to me?

The alternative, that I read Job as literal history, would require me to believe God would rip someone’s life to shreds, just for fun. Just to win a bet. Just to see what would happen.

If we believe the picture of God in the Book of Job is credible, then we can’t help but wonder- if God would do that to Job, just to see how he’d handle it- does that explain the crap flying around in my life?

A few weeks ago I spoke about the image of God as a cosmic clockmaker- who made everything , wound up the clock, set it to running, but leaves it alone. That’s a picture of a distant, totally removed Creator.

The image of God in the Book of Job is more like the Cosmic Puppet-Master, who pulls all the strings. This God could make us do things, make others do things that hurt or help us. This God might change the script in the puppet play at anytime, without warning, just because they can.

But in the puppet theatre of that sort of God, none of the little figures hanging from strings- like you and me, could really make our own choices. There would be no free will. Being tempted, and doing the wrong thing, or being faithful, and staying on the right path, neither would mean much, because it wouldn’t be us choosing, it would be the puppetmaster, pulling our strings.

God has better things in mind for us. God is busy encouraging us to be good to the people in our lives, good to ourselves, and to care for creation, to take care of our earthly home.

God sent us Jesus, and God sends others into our lives, to guide us, inspire us, point us towards the better choices. I don’t think God actually makes us do good things, or bad things. I don’t think God sets up to be tested, to see whether we will pass or fail.

Life can be hard. Life is full of tests, and challenges, and decision moments, but God is always rooting for us to make the best choice we can.

With the Lord’s Prayer, Jesus taught that we could look at God not as a distant clock-maker or a heartless puppet-master, but as a loving parent. Those of us who are parents, grand-parents, aunts, uncles, mentors, or adopted older person in someone’s life, we know that even though we may want only good things for our kids, grand-kids, the younger folks in our lives, we can’t make them want the right things. We can’t make them choose the right things.

What can we do? We do our best to offer our wisdom, our guidance. We do our best to equip those we love to make the best of their freedom to choose. We stand ready to help when they ask, but also learn to hold back, and not interfere, even when it pains us to not dive in and fix things.

We don’t set up evil tests like Satan did in the Job story, causing pain to see how our loved ones will handle it. We don’t lead the people we love into temptation.  Neither does God. Amen

This may be a good day to think about a spiritual exercise that originated with Saint Ignatius of Loyola, who founded the Jesuit order. The most famous Jesuit these days is Pope Francis, who I spoke of earlier.

Ignatius was a military man before he became a priest. When he started the Jesuit order, he developed a discipline for training the young monks and priests, that included an exercise called the Examen.

Essentially, it asks us to take time to examine the events of each day, and our responses to those events.

When my daughter Naomi was doing the Shoe Box Sunday School videos, she used a version of Examen with the kids, in which they were asked to name the roses, thorns, and buds in their lives.

The roses are the fragrant, beautiful things for which we are thankful.

The thorns are the stinging, hurtful, or difficult things.

The buds are the things where there is hope, of something good to come.

As we mature in faith, we can learn to see all of these as occasions to pray, to turn to God.

We can see a beautiful rose moment in our day, and thank God.

We can experience the pain of a thorn in our lives, and see it as a reminder to lean into God, and ask God for the strength and courage we need, to carry on.

We can notice the buds of new life and growth, and thank God for the reasons we have to be hopeful.

The exercise of Examen invites to see God in the midst of it all.